Yogyakarta Palace is not only home to the king and his family, but also becomes the flame guard of Javanese culture. In this place you can learn from seeing directly on how culture still preserved in the the pace development of the world.

Kyai Brajanala bell chimes several times, its voice not only filled but heard up to Siti Hinggil and Bangsal Pagelaran Yogyakarta Palace. While in Sri Manganti, the chanting in Javanese ancient language is heard being sung by a palace servant. An old book, offerings, lanterns, and gamelan lay in front of him. Some foreign tourists seem to listen to macapat song solemnly, and sometimes they are looked pressing the shutter button to take pictures. Although did not know the meaning of the song, I also sat in the front row. Javanese song sound that floated slowly mixed with fragrance of flowers and incense smoke, created a magical atmosphere that created a complacent. On the right side appeared 4 other palace servants who took turn preparing to sing. Outside the pavilion, the birds chirped noisily while flew from the sapodilla tree tops which usually grow in Yogyakarta Palace complex and then landed on the grass. Keraton Kasultanan Ngayogyakarta Hadiningrat or now better known by the name of Yogyakarta Palace is the center of Javanese culture living museum that is in the Special Region Yogykarta (Daerah Istimewa Yogyakarta). Not just becomes the place to live for the king and his family, the palace is also a main direction of cultural development of Java, as well as the flame guard of the culture. At this place tourists can learn and see directly on how the Javanese culture continues to live and be preserved. Yogyakarta Palace was built by Pangeran Mangkubumi (Prince Mangkubumi )in 1755, several months after the signing of the Perjanjian Giyanti (the Agreement Giyanti). Banyan forest (Hutan Beringin) was chosen as the place for building the palace because the land was between two rivers that were considered good and protected from possible flooding. Although already hundreds of years old and were damaged by the massive earthquake in 1867, Yogyakarta Palace buildings still stand firmly and well maintained.

Visiting Yogyakarta Palace will provide both valuable and memorable experience. The palace that became the center of an imaginary line connecting Parangtritis Beach and Mount Merapi has 2 booth doors. The first in Tepas Keprajuritan (in front of Alun-Alun Utara), and in Tepas Tourism (Regol Keben). If entering from Tepas Keprajuritan, visitors can only enter Bangsal Pagelaran and Siti Hinggil and see a collection of some palace carriages, if entering from Tepas Pariwisata, then you can enter Sri Manganti complex and Kedhaton where there is Bangsal Kencono (Kencono Ward) that is the main hall of the kingdom. The distance between the first and second booth door was not far, just by walking down Jalan Rotowijayan, visitors can walk or ride a rickshaw.

There are many things that can be seen at Yogyakarta Palace, ranging from the activity of servants in the palace who are doing the job or to see properties collection of the palace. Collections are kept in glass boxes that are spread various rooms ranging from ceramics and glassware, weapons, photographs, miniatures and replicas, to various kinds of batik and its deorama of the making process. Furthermore, tourists can also enjoy the art performances with different schedules each day. The show starts from the macapat, puppet show, shadow puppets, and dances. To enjoy art performances, tourists do not need to pay additional costs. If you come on Tuesday Wage, you can watch Jemparingan or archery competition in Mataraman style in Kemandhungan Kidul (South Kemandhungan). Jemparingan is conducted for the heritage of Sri Sultan HB X. The uniqueness of this jemparingan is that every participant must wear Javanese traditional clothing and archery in a sitting position. 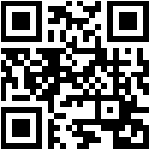